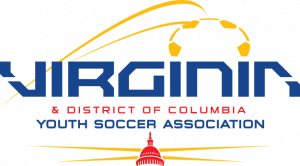 The Virginia Youth Soccer Association (VYSA) announced today that they have extended their partnership with United States Futsal the governing body for Futsal in the United States. United States Futsal (USFF) has been governing the sport of Futsal in the United States since 1981.  Futsal (Five-a-Side Soccer) is “The Way the World Plays Indoor Soccer” and is the international form of indoor soccer approved by the Fédération Internationale de Football Association (FIFA).  It is played in all continents of the world by over 100 countries with 12 million players. As USFF’s exclusive representative for Virginia and DC, VYSA’s Futsal programming, DBA as Virginia Futsal is responsible for sanctioning Futsal league and tournament play, player and coach registration and the USFF State Championships held in January of each year. Teams participating in the Virginia Futsal State Championships earn the right to enter USFF Regional and National Championships each year. Additionally, VYSA’s Coaching Education Department will offer clinics and courses throughout the year to help educate VYSA’s member coaches on technical and tactical aspects of Futsal.

VYSA Executive Director Phil Summers commented: “We are pleased to extend our partnership with USFF to help grow Futsal in Virginia and the District of Columbia. USFF has more than forty years of experience developing Futsal in the United States and we look forward to continuing this successful partnership.”

USFF President and CEO Alex Para added: “U.S. Futsal is pleased to announce the extension of our partnership with Virginia Youth Soccer Association (VYSA)/Virginia Futsal.   VYSA is one of the biggest and best-run State associations for both soccer and futsal. They support and promote Futsal with diligence, in provident coaching and refereeing instruction as well as building local leagues, and State competitions that feed into U.S. Futsal’s Regional, National and International competitions.  It continues to be a great pleasure to partner with this strong organization. We look forward to growing our strong partnership in developing Futsal in the United States.”