The origin of Futsal (Five-a-Side Soccer) can be traced back to Montevideo, Uruguay, in 1930 when Juan Carlos Ceriani devised a five-a-side version of soccer for youth competion in YMCAs.  The game is played on basketball-sized courts, both indoors and out without the use of sidewalls.

The game is frequently referred to as Five-A-Side or Mini-soccer.  Once Ceriani got the ball rolling, Futsal gained rapid popularity throughout South America, particularly in Brazil.  The skill developed in this game is visible in the world-famous style the Brazilians display outdoors on the full-sized field.  Pele, Zico, Socrates, Bebeto and other Brazilian superstars developed their skill playing Futsal.  While Brazil continues to be the Futsal hub of the world, the game is now played, under the auspices of FIFA, all over the world, from Europe to North and Central America and the Caribbean, South America, Africa, and Asia and Oceania.

The first international competition took place in 1965, when Paraguay won the first South American Cup.  Six more South American Cups were held through 1979, with Brazil winning all of them.  Brazil continued its dominance with a victory in the first Pan American Cup in 1980 and won it again the next time it was played in 1984.  A U.S. team took part in the 1984 cup, but finished out of the running.

U.S. Futsal was founded in 1981 and incorporated in January, 1983.  Osvaldo Garcia was it’s first president.  The game is referred to as Minisoccer,  five-a-side soccer, Futbol Sala or Futebol de Salao, but it is also widly refereed by it trademark name, Futsal.  The current U.S. Futsal president is Alex J.C. Para.

The first international Futsal match played by the U.S. Futsal National Team was in May 1984 in Nanaimo, Canada, and the United States won 6-5.  The first international Futsal match in the United States was held in December, 1985, at Sonoma State University in Rohnert Park, California.  The U.S. select team, defeated Australia, 9-5.

U.S. Futsal has conducted a National Championship each year since 1985.  Futsal is establishing itself at the youth level in the U.S.  The Boys and Girls Clubs of America took a strong interest after the Columbia Park Club in San Francisco asked U.S. Futsal to give a demonstration.  The national organization adopted the sport, and it is now played at about 1,100 Boys and Girls Clubs throughout the U.S.  The American Youth Soccer Organization (AYSO) also plays the sport in a close working relationship with U.S. Futsal since 1988.

The U.S. Youth Soccer Association (USYSA) and U.S. Futsal signed an agreement in August of 1995 and in 1999, to promote futsal in all their National State Association as their game of choice for indoor soccer under the auspices of U.S. Futsal. 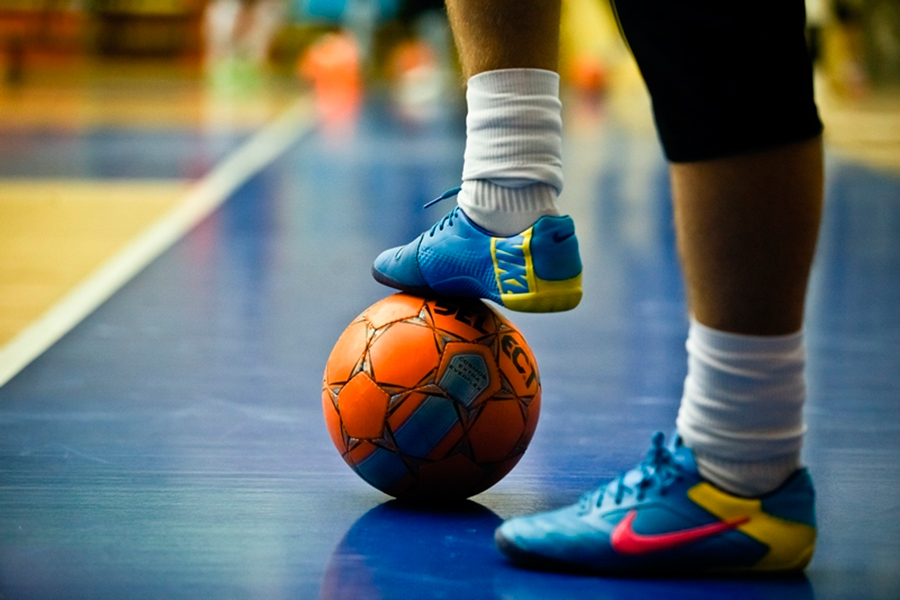 The term FUTSAL is now the international term used for the game, it was first created by Alexander Para, for then the U.S. Minisoccer Federation.  Mr. Para knowing that having the term “soccer ” in its name made it hard to obtain gym from school since most schools thought that a soccer ball in a gym would damage their facilities. He looked for a word like “NIKE” or KODAK, that would describe the sport and be able to be used in all languages of the world.  While in Spain in early 1985 he noticed that the Spanish like the Brazilians called the sport with similar names. The Spanish or Portuguese word for “soccer”– FUTbol or FUTebol, and the French or Spanish word for “indoor” — SALon or SALa.  From this Mr. Para decided to merge the two world and came up with the world FUTSAL. The new word was adopted by U.S. Futsal in 1987 since it includes the initials “fUtSAl” (USA), and U.S. Futsal changed its corporate name within the state of California and had the name trademarked in Patent and Trademark Office in the United States in 1989 (PTO Serial # 73832190, Registration # 1645572).  In 1989 at the meeting of integration between FIFA and FIFUFA (the old governing body of salon futbol),  Mr. Para proposed that the new name that FIFA had proposed for the sport in the second “FIFA Five-a-Side World Championship” to be held in Hong Kong in 1992 be changed to FUTSAL. It was Mr. Para view that the new term “Five-a-Side” would change depending in which language you were speaking and that a new game should have a name that would not change.  Dr. Havelange, then President of FIFA, accepted the idea and had the term incorporated into Article 27, that states.  “The committee for soccer that is played in reduced areas called Salon Soccer or Five-a-Side, shall from now on be called FUTSAL”