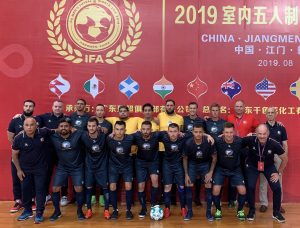 U.S. Futsal is pleased to announce that the United States is sending a team to Jiangmen, China, August 19-26th to compete in the International Futsal Alliance Futsal World Cup.

More than half of players on this team have already represented the United States for both US Futsal and US Soccer’s futsal team in International competitions.

The U.S. Futsal Men’s Open team is being coached by Vava Marques.  For 18 years Vava has been the assistant coach with US Soccer’s futsal program.